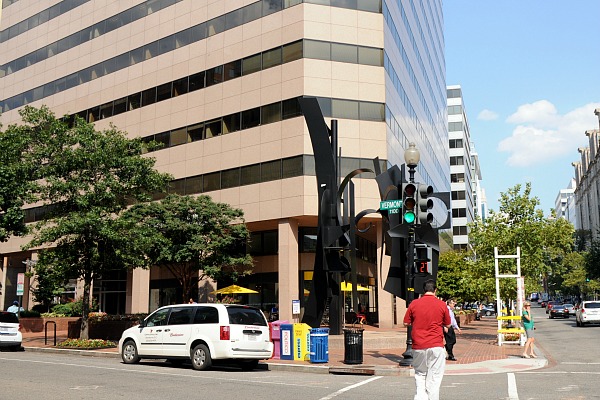 Walt Whitman (b. May 31, 1819; d. March 26, 1892) is one of the most famous and revered writers in American history. Like many artists, his work was not widely appreciated during his lifetime. He made a living as a teacher, editor, reporter and printer. Now, his Leaves of Grass, a self-printed volume of poems about the American frontier, is viewed as one of the first and greatest examples of American literature. Whitman was born in Brooklyn, New York and died in Camden, New Jersey. Before settling in Camden at the end of his life, he spent many years in Washington, DC. His brother, a soldier wounded during the Civil War and sent to DC to recover, was what first brought him here. Whitman worked for the Department of the Interior as well as area hospitals, nursing soldiers as they returned home from the war. He wrote Drum-Taps about these experiences. Whitman described his first DC home, located on the second floor of a building at what was then 394 L Street NW, as a “werry little room”. The site of that building is now 1101 Vermont Ave NW, where this office building sits.

Where else did Whitman live?