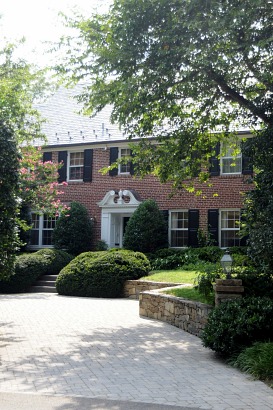 Tom Daschle (b. December 9, 1947) is a former U.S. Congressman and U.S. Senator from South Dakota. A Democrat, he served as Senate minority leader and as majority leader during his tenture. He lost his bid for re-election in 2004 following an acrimonious race against Republican John Thune. Daschle was asked to join the Obama administration as Secretary of Health and Human Services, but withdrew his nomination amid allegations that he failed to pay income taxes. He now works in the private sector at an international law firm, and continues to reside at this estate on Foxhall Road.