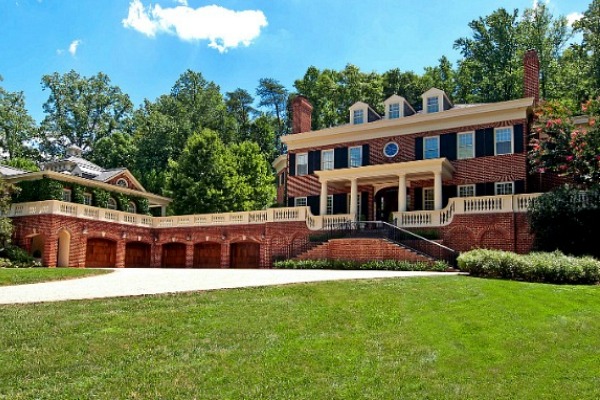 Ted Leonsis (b. January 8, 1957) is much more than an internet entrepreneur; he is an internet pioneer. Leonsis was a senior executive with AOL for a number of years, and now sits on the boards of a number of major corporations, including Groupon, SnagFilms and American Express. He also owns majority shares in the Washington Capitals, Washington Wizards, Washington Mystics and the Verizon Center in Washington D.C. Leonsis is a true visionary, with films, philanthropy and even a best-selling book under his belt. Leonsis recently sold this house, located at 6827 Sorrell Street in McLean, Virginia, as well as his home in Vero Beach, Florida. He then purchased Marwood: a massive 1926 riverfront estate in Potomac, Maryland, that once was a summer home for FDR and the Kennedys.