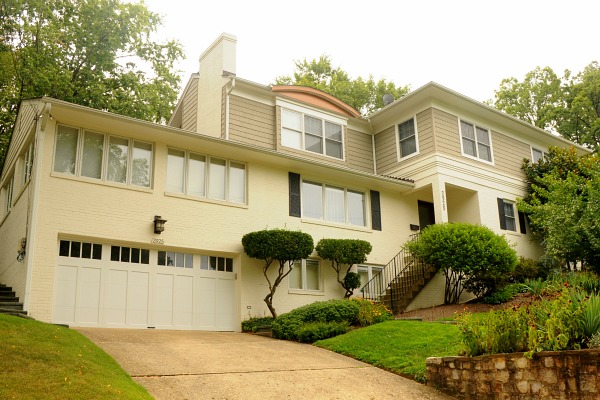 Sandra Bullock (b. July 26, 1964) is one of the world’s highest paid actresses with several decades in Hollywood under her belt. In the 1990s, her celebrity power grew after starring in films like Speed, The Net and While You Were Sleeping. Since then she has become internationally recognized, starred in critically acclaimed films (such as Crash and The Blind Side), and won a slew of awards: a Golden Globe for Best Actress, a Screen Actors Guild Award for Outstanding Performance by a Female Actor in a Leading Role, and the Academy Award for Best Actress. Though she hasn’t lived here for some time, Bullock grew up in in Arlington, Virginia’s Woodmont neighborhood. In 1966, when she was just a few years old, her parents purchased this house, located at 2925 26th Street North. It became home base between trips to Europe for her mother’s opera career and father’s work for the Defense Department.