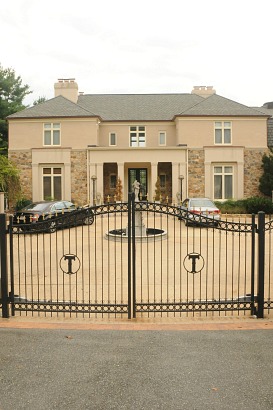 Mike Tyson (b. June 30, 1966) is a former boxer and undisputed heavyweight champion of the world. He was a ferocious fighter and is the only boxer to have simultaneously held the WBC, WBA and IBF world heavyweight titles. He was inducted into the Boxing Hall of Fame in 2011. While his track record as a boxer is remarkable, his legend has also been shaped by some rather controversial deeds, both inside and outside the ring -- like biting off part of an opponent’s ear and serving jail time for rape. After being released from jail in 1995, Tyson purchased this house in Bethesda, Maryland. His then-new wife -- DC-native Monica Turner -- moved into the home first. A few years later, Tyson joined her.