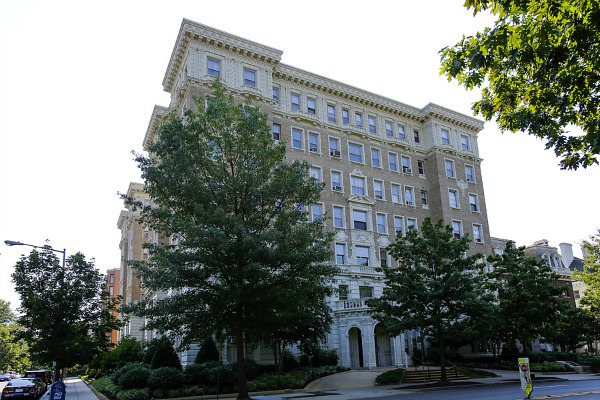 Lena Horne (b. June 30, 1917; d. May 9, 2010) was an African-American singer and performer. She got her start early as a 16-year-old chorus dancer at the famed Cotton Club in Harlem. With a silky voice and a lot of determination, her career blossomed. She became an internationally successful recording artist and performer in the 1940s and 1950s, acted on stage in numerous plays and was the first black person to sign a long-term contract with a major Hollywood studio. Lorne continued to perform to great acclaim until the early 1980s when her wildly popular one-woman show hit Broadway. She was gorgeous and embodied old-Hollywood glamour in every sense, so it is fitting that she stayed at what was then known as the Bates Warren Apartment House while living in DC. This Beaux-Arts-style building, located at 2029 Connecticut Avenue NW, has a grand entrance and is decorated with ornate detail.