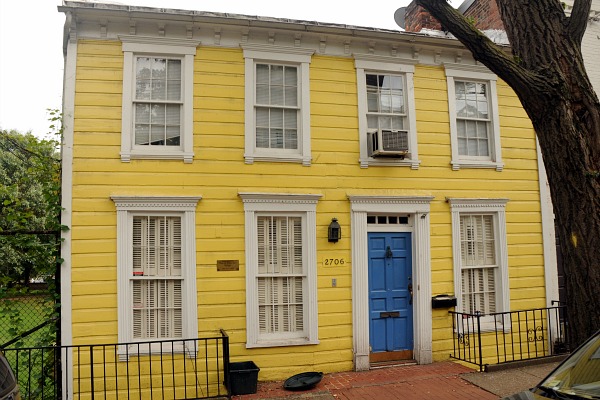 Julia Child (b. August 15, 1912; d. August 13, 2004) was an author, TV host and chef. She developed a passion for French cooking while in Europe with her husband Paul Child, and attended the famous cooking school Cordon Bleu. While in Europe, she wrote Mastering the Art of French Cooking, a cookbook aimed at an American audience, published in 1961. It sparked the popular PBS television series, The French Chef.  Later in life, Child donated the Cambridge, Massachusetts kitchen where she had produced her television series to the Smithsonian Institution in Washington DC, where it is now on display. Julia Child had actually once lived in the nation's capital at this home in Georgetown when she and her husband were first married and working for the government.