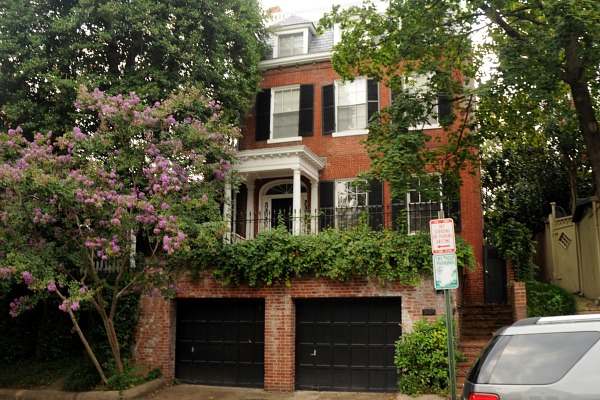 John Foster Dulles (b. February 25, 1888; d. May 24, 1959) served as U.S. Secretary of State from 1953 until 1959, during the administration of President Dwight D. Eisenhower. Dulles focused on American foreign policy to contain communism around the world as a means of securing and maintaining peace. In his role as Secretary of State, Dulles forged strong ties between his office, the president and the Central Intelligence Agency. Dulles resigned from his post in 1959 due to compromising health concerns. During his years at the State Department, Dulles called this stately brick mansion, located at 3107 Dumbarton Avenue NW in Georgetown, home.