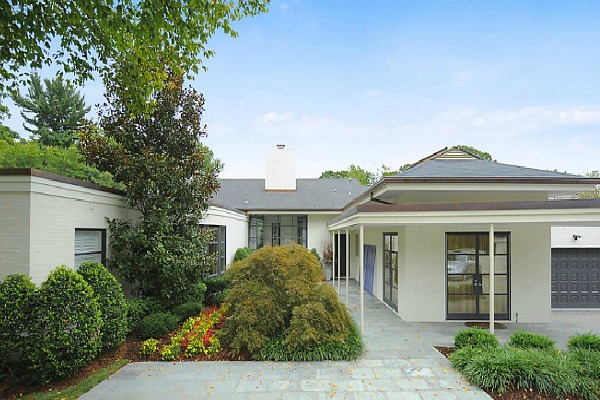 Jack Kent Cooke (b. October 25, 1912; d. April 6, 1997) was a Canadian entrepreneur widely known throughout the world for building an empire from nothing. He dropped out of high school during the Depression to work to help support his family. He did so at first by selling encyclopedias door-to-door. He went on to manage a radio station a few years later. He eventually partnered with a media executive and it was through this partnership that he earned his first fortune. It is, indeed, an incredible story. But to Washingtonians, he is simply the man who owned the Washington Redskins during their heyday. A bright and now nostalgic time for DC sports fans, Cooke, as the owner, saw the Redskins win three Super Bowls from 1974 to 1997. He lived in this DC house, located at 2801 Rock Creek Drive NW.