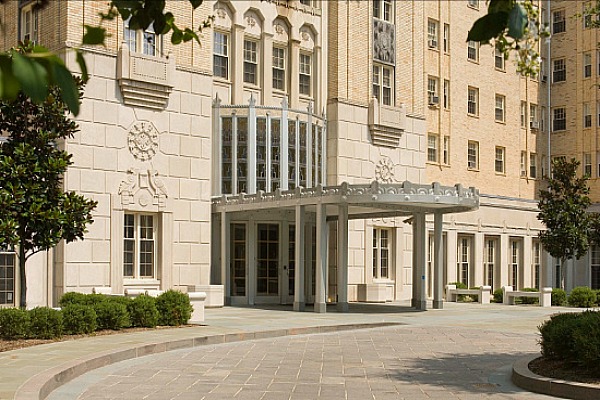 Harry Truman (b. May 8, 1884; d. December 26, 1972) was the last Vice President of President Franklin D. Roosevelt. When Roosevelt died a few months into his fourth term of office, Truman became the 33rd President of the United States. He served as President from 1945 to 1953, first coming to office near the end of World War II. Those events most connected with Truman’s time in office include his decision to drop atomic bombs on Japan, the defeat of Nazi Germany, the establishment of the United Nations and the introduction of the Marshall Plan. But long before then, in 1935, Truman rented a two-bedroom apartment at The Kennedy-Warren, a large Art Deco building located at 3133 Connecticut Avenue NW, near DC’s National Zoo in Woodley Park. He paid just $150 a month for rent.