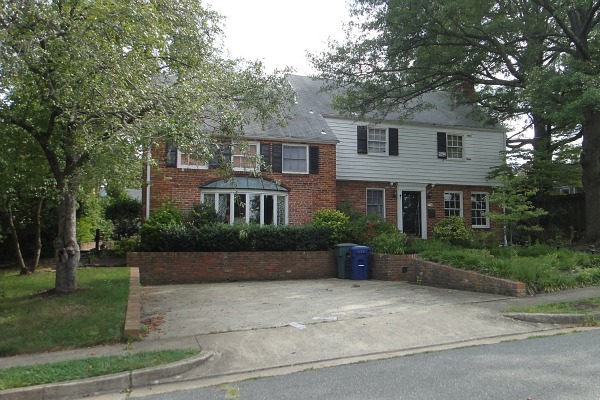 Gerald Ford (b. July 14, 1913; d. December 26, 2006) was a congressional representative for 25 years before serving as vice president and president. He came to both of the later offices under unusual circumstances: he became the 40th Vice President after Spiro Agnew resigned,  then later became the 38th President after President Nixon resigned, serving from 1974 to 1977. He is the only person to have served both offices without being elected. He and his wife, Betty Ford, lived in Alexandria, Virginia for quite some time before moving to the White House. They first rented in Parkfairfax and then bought this colonial-style house, located at 514 Crown View Drive, in 1955. They lived here for nearly 20 years.