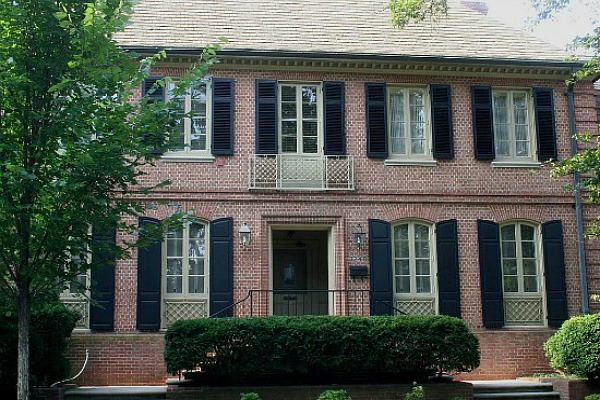 Elizabeth Taylor (b. February 27, 1932; d. March 23, 2011) was a child actress who became one of the most glamorous women in Hollywood history. She was the quintessential movie star and acted in films like Cat on a Hot Tin Roof, Cleopatra and Butterfield 8, for which she received one of her two Academy Awards for Best Actress. Taylor was as known for her lavish lifestyle and many marriages as she was for her acting chops. One of those marriages was to John Warner, a Senator from Virginia. When they wed in 1976, Taylor moved with him to this house, located at 3240 S Street NW in Georgetown.