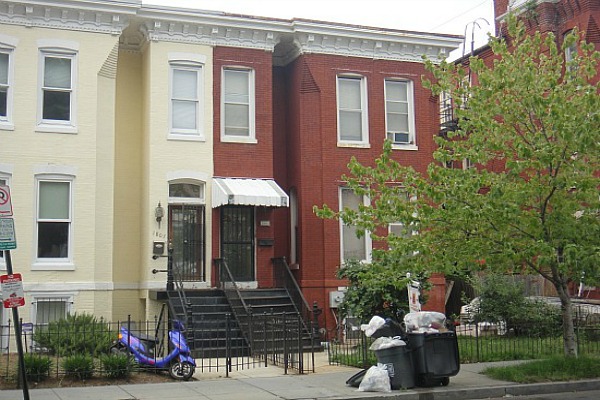 Duke Ellington (b. April 29, 1899; d. May 24, 1974) was a DC native and internationally-celebrated composer and jazz musician. Born to musician parents at the turn of the century, he started tinkering with the piano at age seven. Though he spent time in many Northwest DC homes, he lived in this house, located at 1805 13th Street NW, as a teen. While here, Ellington dropped out of high school to more seriously pursue the piano. He frequented local clubs, such as Frank Holliday's poolroom, took piano lessons and studied local and internationally known musicians. Ellington created a sound that was all his own, which he called “American music”. He became one of the most famous African-American musicians in history.