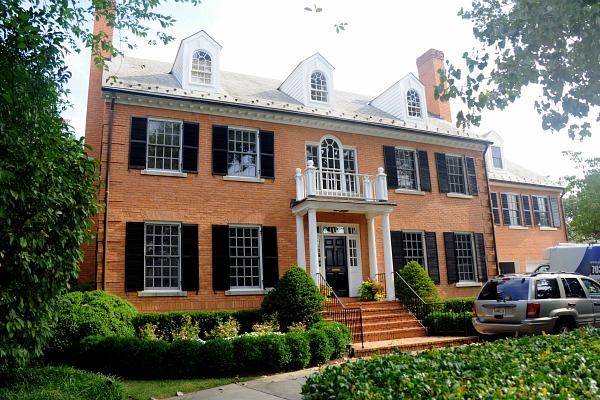 David Brinkley (b. July 10, 1920; d. June 11, 2003) was one of the most notable journalists of the 20th century, joining legends Barbara Walters, Walter Cronkite, Peter Jennings and others who helped usher in the new era of television news. Brinkley started out in newspapers and radio, but captivated national television viewers when he and partner Chet Huntley covered the 1956 conventions. The two went on to host The Huntley-Brinkley Report on NBC, and Brinkley later hosted This Week with David Brinkley. Brinkley died from complications after a fall in 2003 in Houston, Texas. While working in Washington, Brinkley reportedly lived in this house, located at 111 E Melrose St. in Chevy Chase, Maryland. According to tax records, Brinkley lived here from 1988 to 1998.