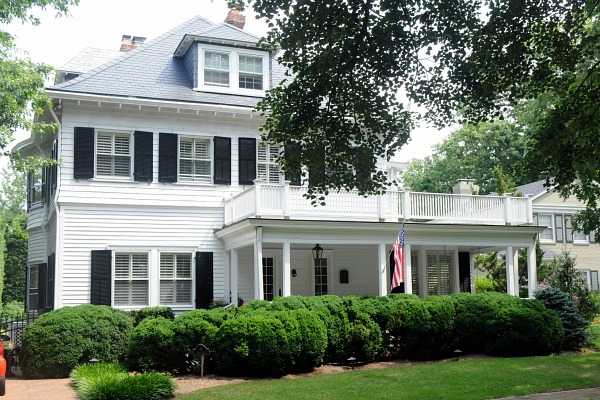 Chris Matthews (b. December 17, 1945) is host of the nightly one-hour talk show Hardball with Chris Matthews on MSNBC. He also hosts The Chris Matthews Show, a syndicated panel talk show, on weekends on NBC. He previously worked as a writer and advisor for a number of prominent democrats, including Senator Edmund Muskie and Speaker of the House Tip O'Neill. Matthews and his wife Kathleen live in this house in Chevy Chase, Maryland.