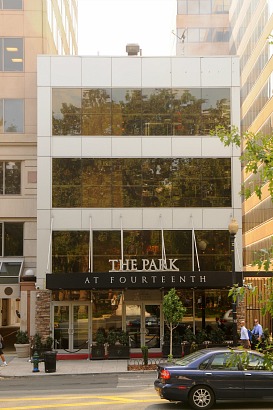 Charles J. Guiteau (b. September 8, 1841; d. June 30, 1882) was the eccentric egotistical assassin who killed President James Garfield on Jul 2, 1881 at the Sixth Street train station in Washington DC.  A lifelong failure, Guiteau tried to enter politics by writing a speech which he claimed was the reason for Garfield's victory in the 1880 election. Guiteau then sought an ambassadorship to Paris as thanks for what he'd done, the administration denied it, he got angry and shot and killed the president. Guiteau was captured, convicted and hanged. During his time in Washington DC, Guiteau stayed at a string of apartments, including one that no longer exists at 924 14th Street NW. The popular Park at 14th is next door to where 924 once stood.