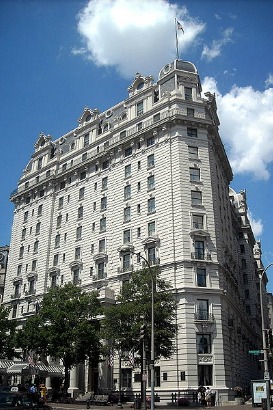 Calvin Coolidge (b. July 4, 1872; d. January 5, 1933) was the 30th President of the United States. He took the oath of office after the sudden death of President Warren Harding, under whom he served as Vice President. A conservative Republican educated in Vermont, Coolidge worked to restore confidence in the executive branch. He was elected in his own right in 1924 and served just one term. Coolidge was known as a man of action but few words, thus the nickname "Silent Cal." As Vice President, Coolidge lived in The Willard at 1401 Pennsylvania Avenue and was among the dignitaries who had to be evacuated from the iconic hotel when fire broke out there in 1922. Coolidge escaped unscathed.