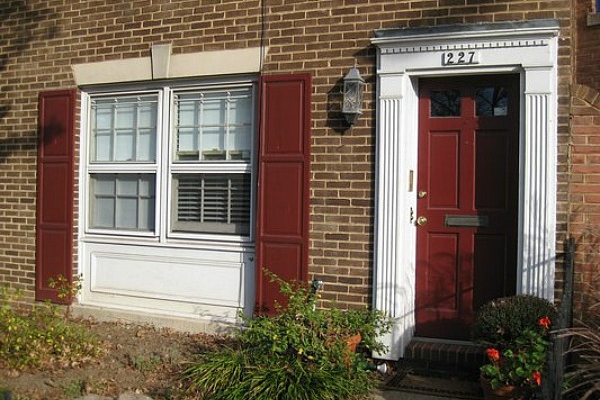 Barack Obama (b. August 4, 1961) is the 44th President of the United States. He made history in 2008 by becoming the first African American person to hold the office. He is also one of the youngest American presidents. His rise to local then national public office from student was swift. His presidential campaign was fueled by a groundswell of American voters looking for political change. Obama earned an undergraduate degree in political science in 1983 and then attended Harvard Law School. There, he became the first African American president of the Harvard Law Review. He then taught constitutional law at the University of Chicago, was elected to the Illinois State Senate and became a US Senator -- all within 15 years. Obama and his wife Michelle, as well as daughters Malia and Sasha and pup Bo, currently occupy the most well known house in DC: The White House.

As a senator, Obama rented a modest one-bedroom in this row house across the street from Stanton Park in Capitol Hill. In an interview with 60 minutes, President Obama recounted being teased that he was the only senator with a worse apartment than his staff. It had kind of a "vintage, college-dorm, pizza, empty-bottle feel to it," Obama joked in the interview. Wife Michelle was less enthusiastic. When asked if she ever spent the night in the apartment, she replied, "I visited but I didn't sleep there. I saw it...I saw it long enough to know that I wasn't going to stay there."

Where else did Obama live?