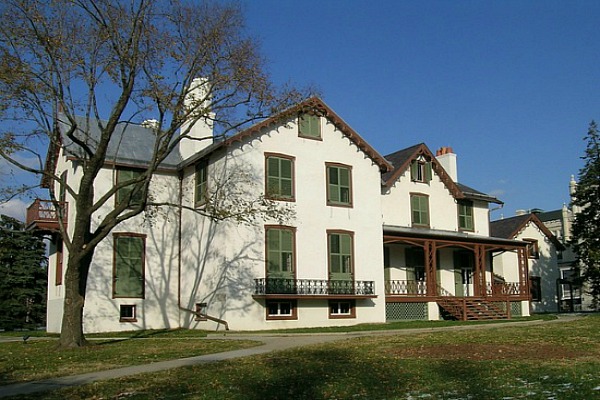 Abraham Lincoln (b. February 12, 1809; d. April 14, 1865) was the 16th President of the United States, serving from 1861 to 1865. As President, he led the Union in the Civil War. In 1863, he famously delivered the Gettysburg Address and issued the Emancipation Proclamation, freeing 3.1 million slaves. Lincoln was assassinated at the start of his second term, in 1865, at the Ford Theater in DC. During his presidency, he lived seasonally with his family at 140 Rock Creek Church Road NW, a cottage on the grounds of the Soldier’s Home. The cottage also served as the “Summer White House”, a place where US presidents could escape the summer heat and the pressure of downtown DC. In recent years, The National Trust for Historic Preservation poured $15 million into restoration of the property. It was designated a National Monument in 2000 and is now open to the public.