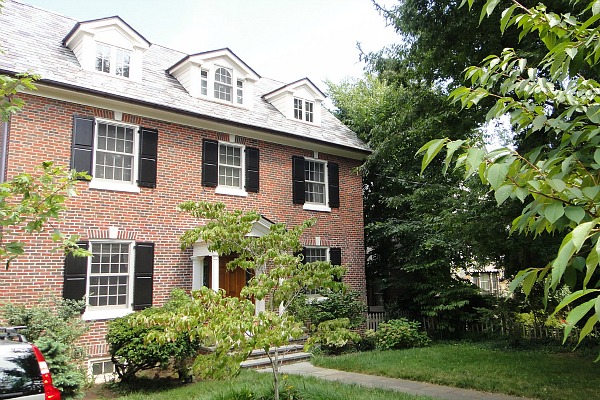 Lyndon B. Johnson (b. August 27, 1908; d. January 22, 1973) was the 36th President of the United States, serving from 1963 to 1969. He was Vice President during the Kennedy Administration, assuming the presidency after President Kennedy's assassination in 1963. In 1964, he was elected by a wide margin and served one term. LBJ was a Texan known for his domineering, straight-talking style. He is one of only a handful of people to ever be elected to the four federal offices of President, Vice President, Senator and U.S. Representative. While in the U.S. Senate in the 1950s, Johnson lived in this house at 4921 30th Pl NW in the Forest Hills neighborhood of Washington, DC.

Where else did Johnson live?