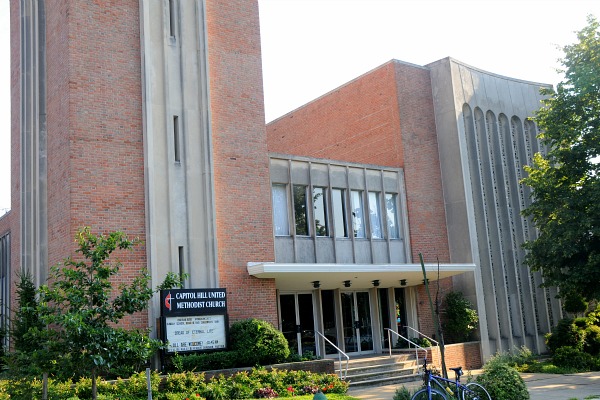 J. Edgar Hoover (b. January 1, 1895; d. May 2, 1972) was the founder and first director of what we now know as the Federal Bureau of Investigation. He led the FBI's efforts to put down criminal gangs and bank robbers in the 1930s, leading to the capture of such criminals as John Dillinger and Machine Gun Kelly. Later, he led controversial crackdowns on radicals, communists, spies and subversives. Hoover was a very powerful figure throughout his reign at the FBI, and was often criticized for his strong-armed methods. Hoover lived his entire life in Washington DC, and, in fact, lived with his mother here, at 423 Seward Square SE, until he was 43. The home has since been razed, and this church now stands in its place.

Where else did Hoover live?