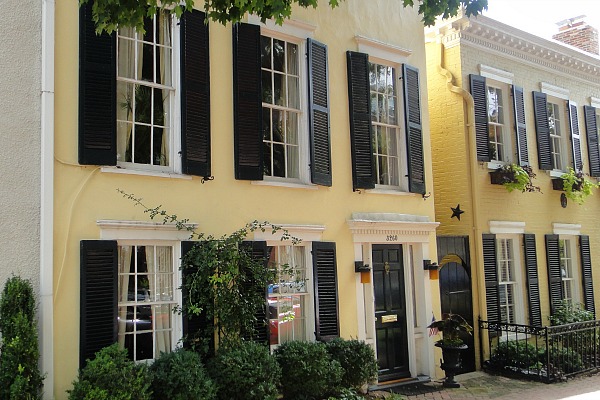 John F. Kennedy (b. May 29, 1917; d. November 22, 1963) was the 35th President of the United States. After serving in the Navy during WWII, his political ambitions took him to Congress and then the Senate. In 1960, Kennedy ran for president and was sworn into office in 1961. He championed human rights and was vigorous in his pursuit of civil rights legislation. However, his term was cut short when he was assassinated in Texas in 1963. A decade earlier, from 1951 to 1953, Kennedy rented this house, located at 3260 N Street NW, in Georgetown. While there, two life-altering events occurred: he ran for and won a Senate seat, and he met his future wife, Jacqueline Bouvier.