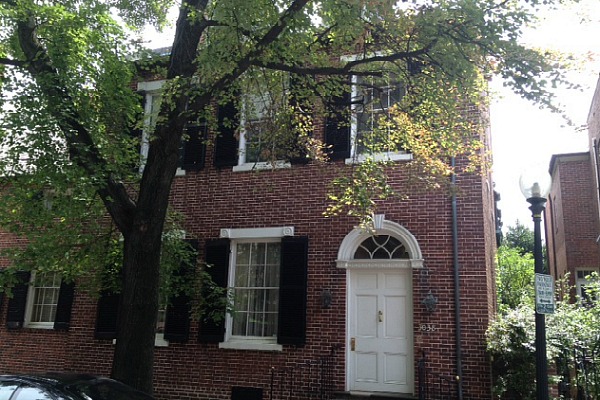 The wife of President John F. Kennedy, Jacqueline Bouvier Kennedy (b. July 28, 1929; d. May 19, 1994) was First Lady of the United States from 1961 until 1963. She was just 31 years old when her husband took office, and a young mother of two. As First Lady, Jacqueline Kennedy won praise for her grace and style. She started a program to preserve and restore the White House, promoted the arts and traveled abroad to places like India and Pakistan to promote goodwill. Mrs. Kennedy suffered the death of her third child, Patrick, who lived just two days in 1963. Several months later, President Kennedy was shot and killed while the couple was traveling in a motorcade in Dallas, Texas.  While in mourning in 1963, Mrs. Kennedy spent time in this 14-room mansion on N Street in Georgetown (3038 N St. NW, Washington DC 20007).