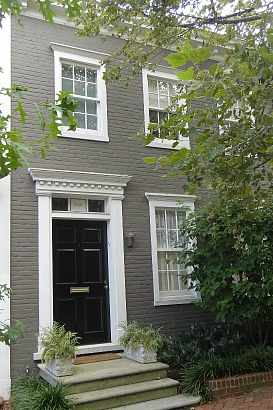 John F. Kennedy (b. May 29, 1917; d. November 22, 1963) is remembered as one of the greatest U.S. presidents of the 21st century. He was the 35th, serving from 1961 until his assassination in 1963. Often referred to as JFK, President Kennedy was the only Roman Catholic to serve in the nation's highest post, and the youngest person ever to take the office at just 43 years old. Kennedy was also the youngest president to die in office. While riding in a motorcade in Dallas, Texas in November 1963, he was killed by Lee Harvey Oswald. To this day, speculation abounds whether Oswald acted alone, or was part of a conspiracy. During his life, Kennedy lived at a number of residences, among them a home in the Georgetown district of Washington, D.C. He leased this residence, located at 2808 P St. NW, for two brief months in 1957.