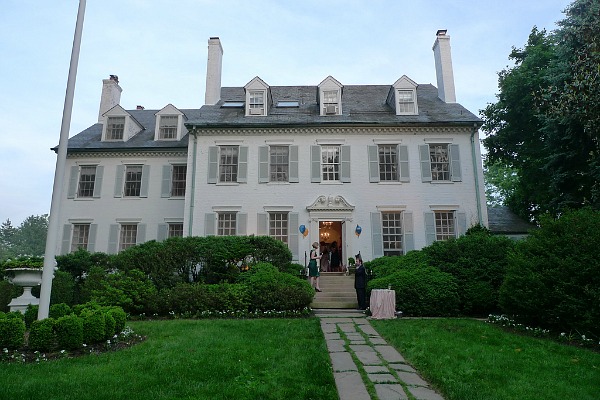 John Fitzgerald Kennedy (b. May 29, 1917; d. November 22, 1963) was the 35th President of the United States, taking the oath of office in January of 1961 and declaring so optimistically, "Ask not what your country can do for you; ask what you can do for your country." However, Kennedy, who championed civil rights and an end to poverty in the United States, was assassinated before he could fulfill all of his goals. Prior to being president, John F. Kennedy was a U.S. Senator and lived for a short time with his wife Jackie in this McLean, Virginia estate called Hickory Hill at 1147 Chain Bridge Rd. It was here that Kennedy wrote his book Profiles in Courage, which won a Pulitzer Prize.